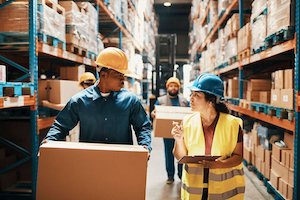 When you go to work, you hope that your employer will treat you fairly and in accordance with the law. Unfortunately, too many employers have little concern with their employees’ well-being. They may ignore sexual harassment or ask workers to work off the clock, skirting wage and hour laws. At The Nourmand Law Firm, we can put our experience to work for you. We have dedicated our practice to protecting employees for more than two decades. We understand that the challenges that you face may feel insurmountable, but our knowledgeable attorneys will work hard to make sure that your rights are asserted in a dispute with your employer.

In the workplace, you are protected by federal, state, and local laws. Some of these laws overlap. For instance, both federal Title VII of the Civil Rights Act of 1964 and the California Fair Employment and Housing Act (FEHA) prohibit employment discrimination on the basis of sex, race, color, national origin, and religion. Federal laws generally apply only to midsize or large employers. FEHA covers workers with at least five employees, and a harassment claim may be brought against a California employer of any size. In addition to following laws related to employment discrimination, your employer must abide by complex wage and hour laws. Our employment attorneys assist California workers with matters related to discrimination, harassment, wrongful termination, wage and hour law, retaliation, class actions, and defamation.

Employment discrimination occurs if an employer treats an employee adversely due to his or her protected characteristic. Adverse employment actions could include failure to hire, failure to promote, demotion, disparate pay, termination, or harassment. FEHA protects many characteristics, including sex, gender, pregnancy and related conditions, sexual orientation, gender identity, gender expression, race, color, national origin, ancestry, religion, creed, age (40 and older), disability, medical condition, genetic information, military or veteran status, and marital status. For example, if your boss refuses to promote you because you are in a wheelchair, which he believes would not reflect well on the company’s image, you may have a disability discrimination claim. FEHA is enforced by the Department of Fair Employment and Housing (DFEH). Your damages are not capped under FEHA.

Sexual harassment is a form of sex discrimination forbidden by Title VII and FEHA. It includes any unwelcome sexual advances, propositions, derogatory remarks, visual telegraphing, assault, or offensive conduct that is sexual in nature. In some cases, sexual harassment takes the form of quid pro quo harassment, in which your employment or benefits in the workplace are conditioned upon your submitting to sexual advances by a supervisor or manager. In other cases, sexual harassment lawsuits are premised on hostile work environment harassment. This is when the workplace is made abusive by severe or pervasive inappropriate behavior based on sex. Our California employment attorneys can help workers bring claims based on either theory.

In California, employment is usually at will. However, your employer cannot terminate you in violation of your employment contract, law, or public policy. In some cases, an employment agreement specifies that you will only be terminated for certain reasons, such as good cause. You also should not be fired because of a protected characteristic or the requirements that certain laws impose on your employer. For instance, you cannot be terminated because you asked for a reasonable accommodation for your disability under the Americans with Disabilities Act (ADA). If you are terminated in violation of your contract or for an illegal reason or a reason that violates public policy, you can sue your employer for damages.

Your employer cannot retaliate against you because you reported a legal violation, took action against workplace harassment or employment discrimination, asked for reasonable accommodations for your religious beliefs or a disability, or filed or helped with a qui tam lawsuit. Many anti-discrimination laws, including FEHA, contain a built-in provision that employers may not retaliate against an employee because he or she complained of discrimination or harassment. As long as your complaint was in good faith, you are protected. An employment lawyer can assist California workers with holding an employer accountable for violating these protections.

There are federal, state, and local wage and hour laws with which employers must comply. These laws cover minimum wage, rest breaks, meal breaks, and overtime. State and local minimum wage laws provide for a higher minimum wage for non-exempt workers than does federal law. In California, if you are non-exempt, you must be paid overtime of 1½ times your regular pay rate if you work more than eight hours in a workday or over 40 hours in a workweek. This rate applies to the first eight hours worked on the seventh consecutive day of work in a workweek as well.

In a class action employment lawsuit, a large number of employees who have a similar grievance against their employer pool their resources to sue the employer for damages. For instance, a class action lawsuit might be the right tool to handle wage and hour claims when an employer required employees to work off the clock and misclassified non-exempt employees. A class action is appropriate if there is an ascertainable class of a significant number of employees, a community of interest in which there are predominant questions of fact or law, class representatives with claims or defenses typical of the class, class representatives who can adequately represent the class, and substantial benefit from bringing a class action rather than pursuing individual claims.

Often, defamation comes up in an employment context because an employee is terminated due to false statements made by a coworker, supervisor, or manager. It may come up if a former employer makes defamatory statements when asked for a reference by a prospective employer.

To establish defamation, your California employment lawyer will need to show that a false statement of fact was published, it was unprivileged, it had a natural tendency to injure or trigger special damages, and the defendant was at least negligent. Special damages do not need to be established if a statement is defamation per se, which means that it is defamatory without pointing to any extrinsic evidence to show that it is defamatory.

Often, employers have significantly more resources than do their employees. Therefore, it is critical to retain an attorney of your own. We are passionate about representing workers in California who need a voice in the legal process. The Nourmand Law Firm assists employees in Los Angeles, San Bernardino, and Riverside Counties, as well as Oakland and Sacramento, among other areas. Complete our online form or call us at 310-553-3600.

Learn More
Practice Areas
View More
Client Reviews
★★★★★
When I was fired, my employer failed to pay me all the wages that I earned. I hired The Nourmand Law Firm, they did the best and resolved my case very fast. I highly recommend them, they know what they are doing. A.G
★★★★★
I am very grateful to the attorneys because they helped me quickly and always kept me informed in every aspect of my case. I would recommend them to other people. E.S.
★★★★★
Thank you very much for getting me a great settlement. You guys are the best. I will give your number out to anyone who ask me if I know any good lawyers. G-D bless you and have a merry Christmas and a bless new year. T.W.
View More
Submit a Law Firm Client Review
Meet the Team 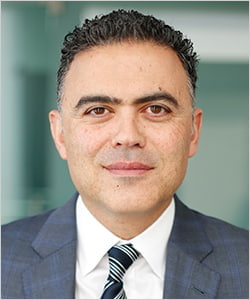 Michael Nourmand is a graduate of the Loyola Law School in Los Angeles, and the University of California at Los Angeles. 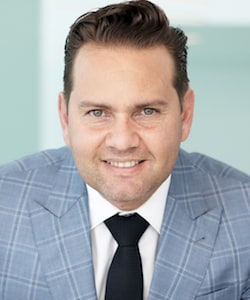 James A. De Sario has successfully handled many cases in the field of employment law, wage and hour claims, and personal injury.