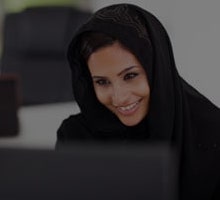 When you go to work, you likely hope to be judged on your skill and performance, rather than your religious beliefs. Unfortunately, some companies and employers make important decisions based on an employee’s religious beliefs and stereotypes about people of particular religions. If you were harmed by religious discrimination in the workplace, you should talk to the California religious discrimination lawyers at The Nourmand Law Firm. Our attorneys may be able to represent you in a lawsuit for damages.

Religious discrimination occurs when an employer takes an adverse employment action against an employee based on his or her religion. Adverse employment actions may include failure to hire, failure to promote, demotion, disparate pay, termination, and harassment. Workplace religious discrimination is prohibited under the California Fair Employment and Housing Act (FEHA) and Title VII. In general, FEHA provides greater protection against religious discrimination than does Title VII. FEHA covers employers that have just five employees, and it defines religion and religious creed to include nearly all religious beliefs and practices. FEHA applies to traditional, commonly recognized religions, as well as other rarer belief systems that are sincerely held.

The California Workplace Religious Freedom Act of 2012 (“WRFA”) amended the California Fair Employment and Housing Act (“FEHA”). It prohibits discrimination based on religion and religious creed and requires accommodation of employees’ religious practices and observances. It specifies that for the purposes of evaluating employment discrimination and reasonable accommodations, religious beliefs or observances encompass requirements of faith such as grooming and dress. Furthermore, an employer’s accommodation for religious practices would not be reasonable if it mandated the segregation of an employee from the public or customers. Under California law, “undue hardship” requires the employer to make a more difficult showing than what is required of them by Title VII.

To establish a claim for discrimination based on religious attire or grooming, a California religious discrimination attorney will need to prove that you are required to wear certain attire or groom yourself in accordance with a sincere religious belief, your employer made clear that wearing these clothes or grooming yourself conflicted with the rules of the workplace, you told the employer that there was a conflict, and as a result of not agreeing to change your religious attire or groom yourself differently, you faced an adverse employment action. If you can make this showing, the employer needs to prove that it tried to accommodate your religious practice or that accommodating you would pose an undue hardship. It is not enough for your employer to show that customers or coworkers might respond poorly to your religious dress or grooming. The thinking is that companies should not cater to discriminatory attitudes among their employees and customer base.

The California Department of Fair Employment and Housing (DFEH) and the Equal Employment Opportunity Commission (EEOC) enforce the state and federal anti-discrimination laws. These agencies work together, so you can file a claim with one agency and indicate that you wish to cross-file with the other.

If you were harmed by religious discrimination in your workplace, you should discuss your situation with The Nourmand Law Firm. We represent people in many areas of California, including Los Angeles, San Bernardino, and Riverside Counties, as well as Oakland and Sacramento. Complete our online form or call us at 310-553-3600.