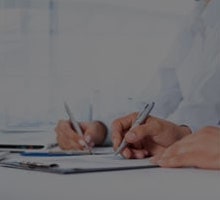 In the State of California, a single person or a group of people can sue on behalf of hundreds and thousands of people with similar complaints against an employer in the form of a class-action lawsuit. There are several factors that a law firm must consider before the lawsuit can reach class-action status, and the experienced class action lawyers at The Nourmand Law Firm, APC can help you file your complaint and ensure you and other employees get the compensation you rightly deserve.

If your employer has violated labor laws, wage and hour laws, employment laws or discriminated against you in any way, you may be eligible to file a class-action lawsuit.

What is a “Class Action”?

A “class action” is a specific type of lawsuit in which a large group of individuals, or “class” of plaintiffs, has suffered the same type of injury from a common defendant. Rather than suing as individuals in separate cases, they decide to sue on behalf of themselves as well as all others who have been similarly injured in a single, consolidated case.

A class action lawsuit is not dependent upon the type of claim involved: it may be a discrimination claim, a statutory claim based upon the violation of a wage and hour claim, or another type of legal claim. The term “class action” does not refer to the legal theory involved, but rather, to how the plaintiffs choose to sue the defendant or defendants. The hallmarks of a class action suit are four main elements:

However, whether a court will proceed to hear a class action depends upon the following criteria:

One or more members of a class may sue or be sued as representative parties on behalf of all members only if:

Definition of Class Action in California

A class-action lawsuit is brought to the court by one or more claimants as representatives for an entire group of claimants who have been affected by a common violation by an employer. This type of lawsuit is designed to provide one settlement or resolution for all parties and can be an effective way to recover damages when it is too expensive to litigate individually. In the state of California, a claim can be defined as a class action if it is impracticable to bring several people before the court for the same type of lawsuit. In some cases, there may also be a community of interest in the subject matter of the action.

In cases where an individual is filing a class-action lawsuit against a company, such as a manufacturer or a financial institution, a class action lawyer can assist with consumer fraud claims, and truth in lending violations.

Only a qualified labor and employment law attorney will be able to evaluate your situation and determine if you may be eligible to file a class-action lawsuit against your employer or a company. The state of California is governed by several labor and employment laws that make it unlawful for an employer to misclassify your salary, not provide expense reimbursement and not provide time for breaks. You may be able to file a class-action lawsuit if your employer has violated your rights in the following areas:

Why a Class Action?

Sometimes, an individual suffers a serious wrong caused by another, but may not have the resources to pursue a lawsuit on his or her own behalf. Or, if the individual can afford an attorney, the damages may still be serious, but not large enough to justify paying an attorney to file an individual suit, especially if the costs and legal fees for a civil suit can often exceed tens of thousands of dollars. If the injury suffered is one that the plaintiff believes is one suffered by other individuals in the same situation from the same cause, the individual may consider filing the suit as a class action on behalf of him-or herself and other individuals in similar circumstances.

Class action suits are common in employment litigation. For example, a company might routinely make its non-exempt employees work through their mandated meal breaks, or automatically deduct time for mandated meal breaks irrespective if the employees took lunch, or failing to timely pay all wages upon termination, or improperly rounding time whereby the employees are not being paid for all hours worked, or failing to provide a second meal break when employees work in excess of ten hour shifts, or failing to pay all vested vacation pay upon termination, or doing necessary work to prepare for their shifts without being paid. Or, a large group of female employees might allege a pattern of discrimination in promotions to management-level positions in a company that routinely favored male employees. In these examples, the employees would join together as a class to hire an attorney and obtain a remedy that they would not otherwise pursue because the costs of obtaining a civil remedy individually through litigation would far outweigh any potential individual benefit. Contrarily, as a group, the total damages that may be recovered justify hiring legal counsel to pursue the claim.

In a class action, not only does no individual plaintiff bear the total burden of carrying the litigation forward on his or her own, but the presence of other plaintiffs who suffered significant injury can greatly influence the likelihood of obtaining a favorable settlement from the defendant or of providing necessary proof to validate a legal claim.

There are other advantages of bringing class action lawsuits instead of individual cases. In particular, class actions can make litigation more efficient not only for the class of plaintiffs, but for the court system and for defendants, as well.

A single court can resolve literally thousands of complaints in just one case if the case proceeds as a class action, and thereby save the resources of other courts in other jurisdictions, and prevent multiple courts from reaching conflicting results due to the differing quality of legal representation or to other factors. Defendants can defend just one case rather than multiple cases, and obtain the assurance of knowing that, if it resolves just one class action case, it need not worry about other costly cases arising in the future from other plaintiffs. Both parties can benefit from having to only prepare for one case, and avoid having to repeatedly go to the expense and difficulty of deposing and questioning multiple witnesses and parties, sifting through evidence, hiring and interviewing expert witnesses, and pursuing other incidents of complex litigation.

When a single employee or a group of employees are subjected to unfair treatment, discrimination, harassment or unpaid wages in the workplace, they have the right to file a class-action lawsuit against their employer. When filing an employment class action lawsuit, it is important to work with an experienced California class action attorney who can protect the employee’s rights and ensure that the employee and the group are able to recover damages for:

When several employees report inappropriate workplace practices, the chances for recovering damages from a class action lawsuit increase significantly. A qualified and experienced class action attorney can provide valuable legal insight and investigate the situation to strengthen the case. The attorney can also ensure that all employees’ rights are protected throughout the litigation process.

If You Think You Have a Case That May be Able to Proceed as a Class Action, Contact The Nourmand Law Firm

If you suffered an injury, and you believe that others are similarly situated and may have been victimized in the same way by the same defendant, you should consult a knowledgeable and experienced class action attorney to determine whether a class action lawsuit is a viable option for you.

At The Nourmand Law Firm, you never pay an up-front fee to obtain an initial consultation for evaluating your potential class action lawsuit. And, if we agree to take your case, you will pay no fee at all—we will, instead, agree to represent the class on a contingency fee basis. If you need qualified legal advice on whether you have a valid class action claim, call the California class action lawyers at The Nourmand Law Firm or use our secure online case evaluation form right on this page.