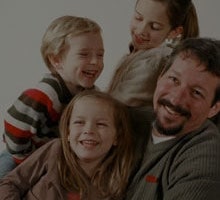 Even though family responsibility discrimination litigation is not specifically prohibited by federal anti-bias laws or California Anti-Discrimination laws, the number of claims has increased significantly over the years. The Center for Worklife Law at the University of Hastings College of the Law has found that family responsibilities discrimination claims have increased 400% from 1996 to 2006. This alarming trend has prompted the EEOC to issue guidance regarding circumstances on FRD claims and has recognized that many FRD cases tend to arise from employment actions that are based on stereotypes about the dedication and the competency of the caregiver, rather than the individual’s performance.

Examples of Family Responsibilities Discrimination include:

Types of Laws Protecting You Against Family Responsibility Discrimination

While there is no specific law to protect you against family responsibility discrimination in the state of California, your situation may fall in one of the following categories:

If you think that you have been discriminated against or harassed because you have recently assumed a caregiver role, you may be able to file an FRD claim against your employer.

An experienced family responsibilities discrimination lawyer from The Nourmand Law Firm, APC, can evaluate your case and help you take legal action against an employer who may be guilty of family responsibilities discrimination or harassment. Contact The Nourmand Law Firm, APC, today so that we can review your situation and help you recover damages.