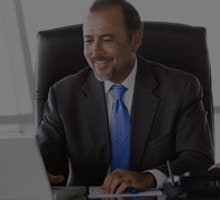 National Origin Discrimination in the Workplace

The federal law that prohibits national origin discrimination is Title VII of the Civil Rights Act of 1964. Title VII applies to employers around the country with at least 15 employees. In most cases, the California Fair Employment and Housing Act (“FEHA”) provides more substantial relief to a broader group of people. While damages are capped according to employer size under federal law, California law has no such caps and provides for compensation that fully addresses the losses sustained by a victim of national origin discrimination. Each case is different, however, which is why it is important to talk to an attorney who understands both federal and state laws and can pursue the appropriate relief.

Discrimination involves any adverse treatment based on a protected characteristic, such as national origin. Adverse treatment could involve failure to hire, failure to promote, demotion, withholding of opportunity, disparate pay, or termination. For example, if a prospective employer asked you about your accent and where you were from, and then did not hire you, stating that there was not a cultural fit, a national origin discrimination attorney in California might investigate whether you have a claim. For another example, if you are Mexican and learned that you were passed over for promotion because your employer believes that Mexicans do not make good managers, you likely have a claim for national origin discrimination.

California employers are not permitted to adopt or enforce a workplace policy that restricts the use of any language, except when the restriction is justified by a business necessity, and the employer has given notice to employees in the proper way. Additionally, the language restriction must be narrowly tailored. It is not enough for a language restriction to be put in place because it is more convenient for the employer or because the company’s customers prefer it. If your employer has English-only rules, these are presumptively illegal, unless your employer can show that the rules are justified by a business necessity, were properly explained to you and other employees, and are narrowly fashioned to meet the business need. A business necessity can include any legitimate business purpose, such as making sure that a business is run safely and efficiently.

If you were harmed by employment discrimination, you should talk to the seasoned attorneys at The Nourmand Law Firm. Our attorneys will work with you to understand how the wrong that you suffered has adversely affected your life. We analyze the facts of each case with rigor and depth. Our goal is to give each client the personalized attention needed to put them in a favorable position. We represent clients in Los Angeles, San Bernardino, and Riverside Counties, as well as Oakland and Sacramento, among other areas. Complete our online form or call us at 310-553-3600.